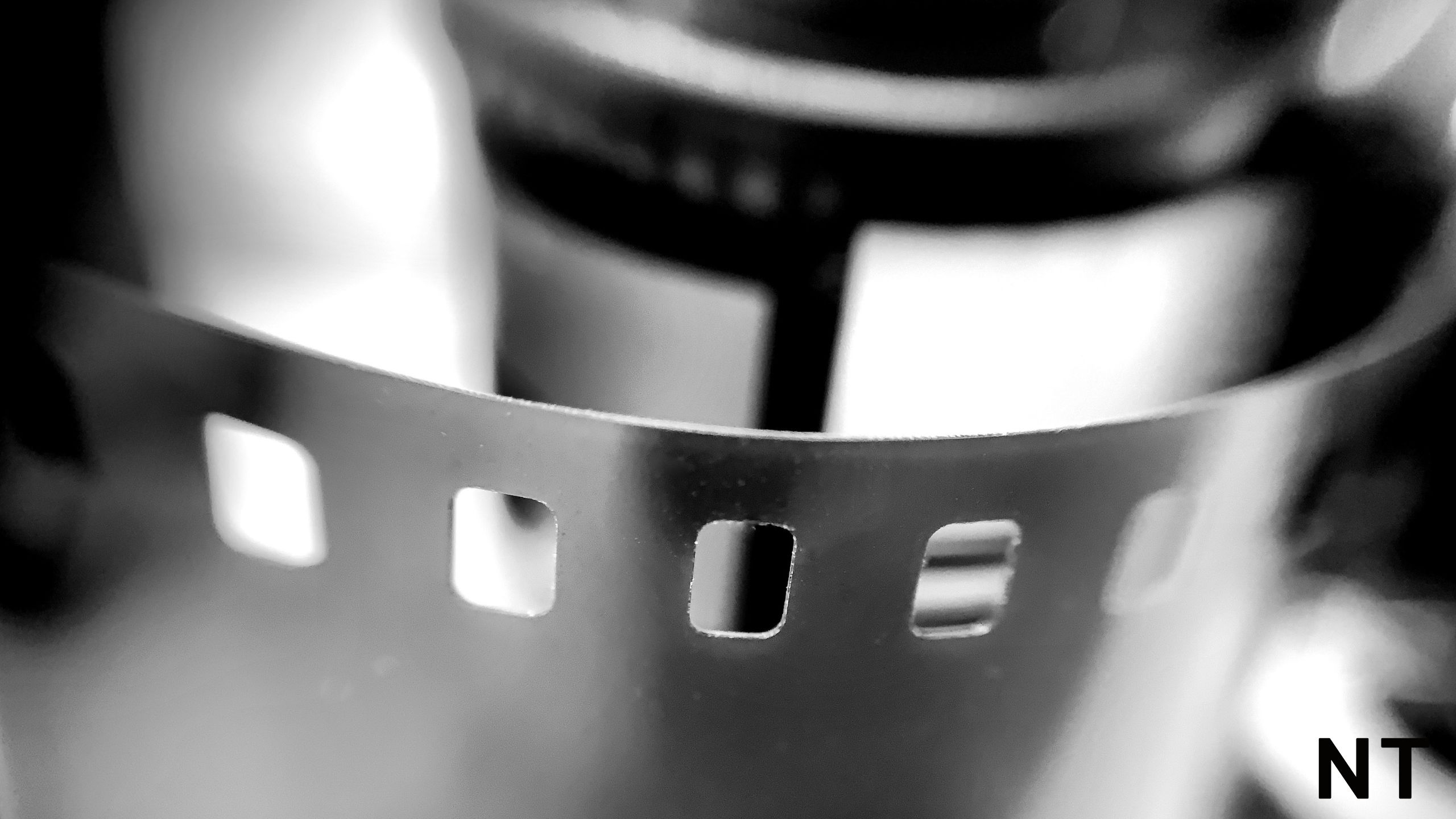 This is a helpful guide discussing the price of film photography.

How Expensive is Film Photography?

It all depends on the equipment you purchase, however a new film camera with a standard lens will cost somewhere between $75 to $500.

The 35mm or medium format film can cost $10 to $50 a roll depending on the quality of film you want to invest in.

This is far cheaper than a professional digital single-lens reflex (DSLR) camera that can begin in the $1,000 range. And that is without a lens!

At the end of the day, you have to decide what you enjoy better, the vintage feel of a film camera or the newer, more modern aesthetic of a professional DSLR camera.

For me personally, I enjoy both and I get in certain moods to shoot with one or the either.

And just remember, it isn’t the camera that makes the photographer!

How Much Does it Cost to Process Film?

Developing film photos at a local camera shop can be relatively inexpensive, however it can add up if you frequently get it developed.

It will cost about $3 to $5 per roll for development only.

Google your nearest camera shops that develop film or you can even visit your local Costco!

Just make sure you are going to a trusted place so they take care of your film so that it does not get scratched or damaged.

You could also process film in your own home by building your own darkroom.

You will then need the chemicals that can actually process and develop the photographs.

If you decide to go this route and get good, you can be saving money in the future and it may become a new hobby!

If you are interested in going this route, we recommend this video by Will Hinson:

When determining whether film cameras are expensive, it is important to put their cost in relation to a professional DSLR camera as discussed above.

When looking at some of the most popular film cameras — you can buy one for well under $100.

Whereas a DSLR camera bundle, for example the Canon Rebel Series, can cost around $400.

How Much Does a 35mm Film Camera Cost?

Here are some of the most popular film cameras you can find on Amazon. Some even already come with a film bundle.

It is known for being a cheaper plastic camera that often has light leaks, however, it is a very fun little camera to use due to its different effects.

If you want to experience film photography, this camera is very light and you can bring it almost anywhere with you. Although being plastic, it is also very durable.

It will give you that “film” feel you are looking for and when you get the film back it can be exciting because you might not know what effect your photographs will have!

This Fuifilm Instax Mini 9 Camera is one of the most popular bundles for film photography on Amazon.

It is also very “fashionable” so many new film photographers love to buy this camera to compliment their style.

The Canon EOS Rebel 2000 is an affordable and lightweight full-featured automatic 35mm SLR that is great for both beginning and more advanced, amateur photographers.

This camera kit comes with a 28-80mm zoom lens with a retractable built-in flash. This camera is automatic, making it very easy to use while also producing great images.

Is Film Better than Digital Photography?

Determining whether film is better than digital photography can be a subjective question.

Biases can always lead one to favor film over digital and vice versa so you might want to consider drawing your own conclusion based on what is important to you!

In an attempt to answer the question objectively, here are some advantages to both film and digital photography.

Here’s a table that shows the high-level overview of the advantages to each, you can explore each section more in-depth below:

As mentioned earlier, film photography often has a lower initial cost than a professional DSLR camera.

Film photography can often have a higher dynamic range and can be slightly better at capturing details in the whites and blacks within the image.

Since film photographers rely on the number of exposures available on a roll of film, they have to think more about the composition of their image before shooting.

This makes the film photographer want to make every shot count.

Film cameras have a vintage and nostalgic feel to them, almost a connection to history/past generations and they do not become obsolete unlike modern digital cameras where a new model is being released just like the latest iPhone.

This imperfection, many photographers believe, allows them to embody the true spirit of photography and push aside the modern age of technology by getting back to basics.

Digital photography can have higher megapixels which allow for larger prints if need be.

Memory cards within digital cameras can be very tiny while also being capable of storing many images.

You can immediately view how images have turned out.

If you are trying to get that “money shot” and want to be sure your photo turned out well or not, it is easy to do so on a digital camera.

You can make basic edits to your image directly on a digital camera.

You can also only print out the images you like the best.

Digital cameras have a more modern feel and can allow a photographer to capture more “modern” sharp photos that can be found on popular social media platforms.

Do Professional Photographers Still Use Film?

The choice is up to you depending on what you are going for.

To see film in action, we recommend this video by Teo Crawford:

At the end of the day, choosing whether or not to use a film or digital camera is a personal preference. Figure out your goals with photography and choose the appropriate camera. Besides, who said you can’t love both!

I am a participant in the Amazon Services LLC Associates Program, an affiliate advertising program designed to provide a means for us to earn fees by linking to Amazon.com and affiliated sites.

Nate Torres is a portrait photographer based in Southern California. Outside of photography, Nate specializes in SEO, content marketing, and entrepreneurship. He is also the founder of Imaginated.com, a platform for creator education.

Hey there, my name's Nate and I'm a photographer in the OC/LA area. You can find my latest work here, and if you need an updated portrait, let's schedule a session!

As an Amazon Associate, Walmart Affiliate, and Best Buy Affiliate, natetorresphotography.com earns from qualifying purchases, you can read more about this on our Privacy Policy, Terms of Service, and Affiliate Disclaimer.