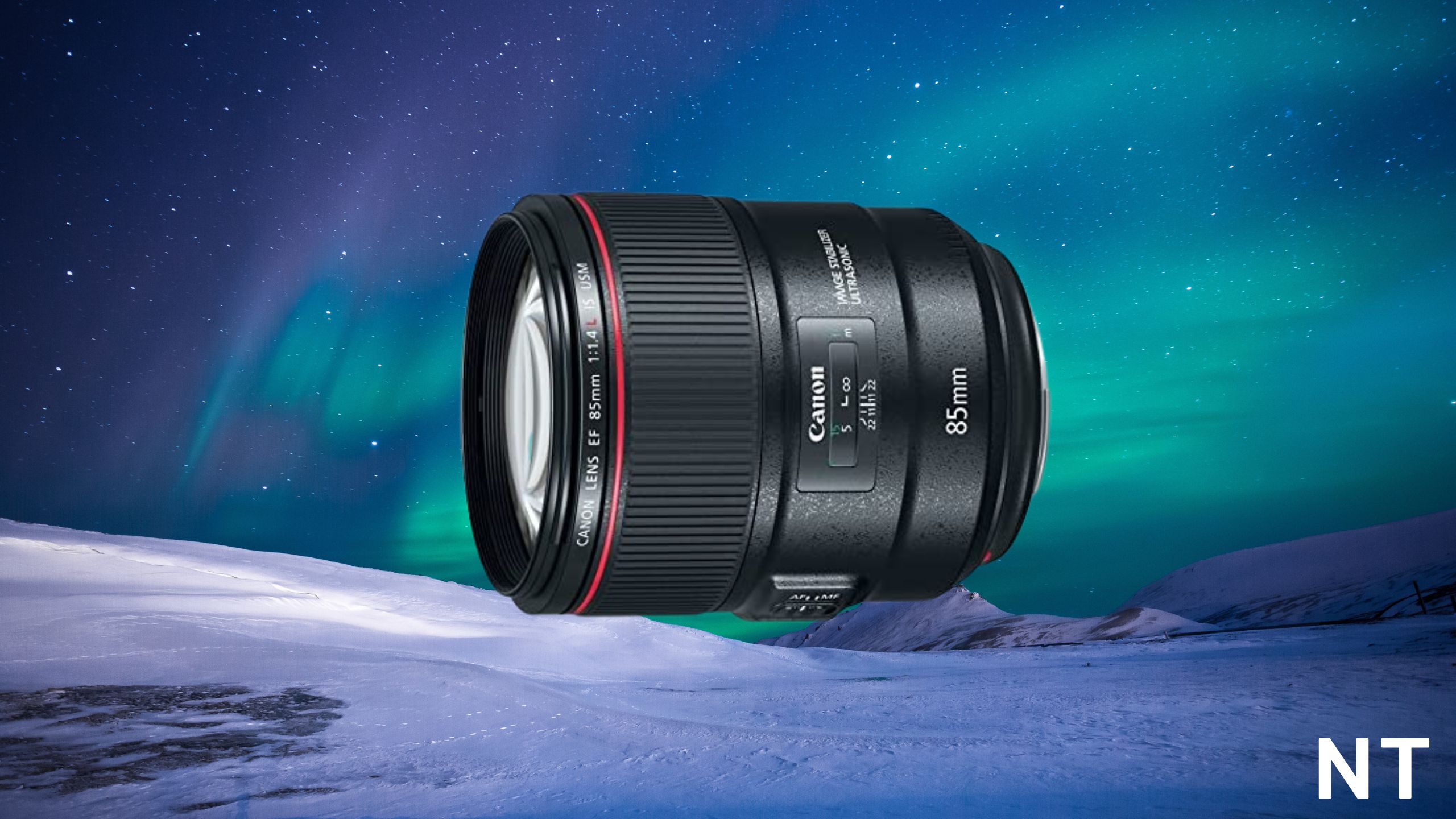 This is a review guide covering the Canon EF 85mm f/1.4L USM lens.

When one talks about portrait lenses for the full-frame camera system the 85mm lens invariably dominates the discussion.

It is widely believed that the 85mm focal length is the best for shooting portraits on a full-frame camera.

The 85mm is the lower end of that sweet spot range. With the 135mm you need more working room. The 85mm works much better in tighter spaces.

We will probably make a comparison article sometime in the future but for all practical means, the 85mm is more versatile.

The Canon EF 85mm f/1.4L USM is just one among many other widely popular 85mm prime lenses.

Every lens manufacturer makes one, some even manufacturing more than one to fit specific needs, and budget.

In this discussion, we shall look at the Canon EF 85mm f/1.4L USM and find out about its optical performance, suitability as a portrait lens, and how it compares with some of the alternatives available in the market.

The 85mm is a prime lens and is one of the most popular primes in the world. It is a short telephoto lens, being longer than the standard 50mm focal length.

Primes are known for their optical superiority.

These lenses have fewer moving parts inside and the advantage of that is the engineers can focus on the optical performance of the lens rather than zooming and other functionalities.

The lens has a fast aperture of f/1.4. Autofocusing is powered by a ring-type USM (Ultrasonic Motor) autofocusing motor.

A bunch of coating including fluorine and Air Sphere ensures excellent suppression of chromatic and other aberrations and superior optical performance.

I love the design of the Canon EF 85mm f/1.4L USM. It feels good in the hands and gives a reassuring feeling that it is a well-built lens.

It is a heavy lens weighing about 950 grams, and that kind of gives away its build quality.

The lens should be able to withstand the odd knock and rough handling without any issues.

The focusing ring is large and forms the front end of the barrel. The ring is very smooth.

Also, please note that this is a weather-sealed lens which means you can take it outdoors and expose it to a drizzle, dust, and dirt and the lens should be fine.

That said, the lens should be paired with a camera that is also weather-sealed and the front should be covered with a UV filter for maximum safety.

The L series moniker is a testimony to the fact that this is one of Canon’s Luxury lenses. Therefore the build quality is excellent.

The Canon EF 85mm f/1.4L USM is a sharp lens even when you shoot wide open.

At f/1.4 the lens is wide enough to capture well-exposed images even in low light conditions.

You don’t have to push the ISO to uncomfortable limits or drag the shutter to capture enough light.

You Can Use Fast Shutter Speed In Daylight

When shooting in broad daylight the Canon EF 85mm can stop action better than most other lenses.

Play With Shallow Depth Of Field

The other advantage of the fast f/1.4 aperture is that you can create a shallow depth of field for your portrait images.

A shallow depth of field is handy when you want to melt the background.

This is especially necessary when you are shooting against a distracting background.

Larger apertures (or smaller f-stops) have a small depth of field. To reiterate, the larger the aperture smaller the depth of field becomes.

Let’s say that you set your lens to f/5.6 which is a small aperture compared to f/1.4. If you click an image using f/5.6 much of the frame would be in focus.

Now, set the aperture to f/1.4. Take the same picture again. You will now notice that much of the frame is out of focus.

Only the point where you are focusing, and the adjacent areas are in focus.

The primary use of this lens is for shooting portraits. It gives the best distortion-free results that appear natural.

You can shoot portraits (environmental portraits) using wide-angle lenses, but those lenses tend to push the subject back making it appear almost at the same distance as the background.

On the other hand, telephoto lenses longer than 85mm tend to suck the background in making it larger than it is.

There is no right or wrong about using any of these lenses in portrait photography, except for one thing. If you wish to make a tight crop in-camera, with a 35mm lens you will have to move in closer.

When you do that the periphery of the lens suffers from distortion. This is known as Barrel Distortion. The facial features become weird.

The wider the focal length of the lens weirder the facial features.

With telephoto lenses, you don’t have that particular problem per se.

But there is a different kind of distortion that happens – Pincushion Distortion. The image appears to crush inwards.

The best focal length that gives the perfect combination of background and foreground along with the subject in focus is 85mm.

Thus, it is widely popular among portrait photographers.

The lens’ aperture diaphragm is made up of 9 rounded blades. There are some advantages to that.

The lens can produce a beautiful background blur that is rounded which can add to the quality of your images.

You will get the best effect of such rounded background blur (also known as bokeh) when there are twinkling lights in the background or anything that can stand in contrast to the subject in front.

Autofocusing with select cameras is fast. It is faster than some of the f/1.2 lenses that we have tested.

Just so that you are clear, the aperture has nothing to do with the autofocusing speed of a lens.

I would recommend using this lens primarily with EF cameras, though the lens is compatible with other Canon mounts (natively and via adapters).

This lens works equally well with both EF and EF-S mount cameras.

With the right adapter (EF-EOS R) this lens will also work with other Canon cameras using the EF-M and the RF mounts.

Thus, the EF 85mm f/1.4L USM has a wide range of uses across legacy and new mounts.

There are a bunch of 85mm lenses in the market that all claim the coveted title of king of portraits. But very few can tick all the boxes.

The Sigma 85mm f/1.4 DG HSM Art is one lens that we recommend highly.

The Canon EF 85mm f/1.2L II USM is the closest when it comes to a benchmark.

But the Canon EF 85mm f/1.4L USM focuses faster than the pricier lens and offers the same image quality, the same bokeh quality, and probably better handling at a much less price.

Also, the Canon EF 85mm f/1.4L USM is more practical because it is easier to manage.

The f/1.2 lens has a razor-thin depth of field and it is highly likely to miss focus more times than not with this lens.

The other OEM alternatives include the decade-old EF 85mm f/1.8 USM that has no image stabilization.

Plus the image quality is also not up to the mark.

For someone who is on the Canon ecosystem and who shoots portraits for a living, be it weddings, or corporate headshots or sports portraits, or anything to do with the portrait focal length, the Canon EF 85mm f/1.4L USM is a lens that you cannot go wrong with.

I am a participant in the Amazon Services LLC Associates Program, an affiliate advertising program designed to provide a means for us to earn fees by linking to Amazon.com and affiliated sites.

Nate Torres is a portrait photographer based in Southern California. Outside of photography, Nate specializes in SEO, content marketing, and entrepreneurship. He is also the founder of Imaginated.com, a platform for creator education.

Hey there, my name's Nate and I'm a photographer in the OC/LA area. You can find my latest work here, and if you need an updated portrait, let's schedule a session!

As an Amazon Associate, Walmart Affiliate, and Best Buy Affiliate, natetorresphotography.com earns from qualifying purchases, you can read more about this on our Privacy Policy, Terms of Service, and Affiliate Disclaimer.